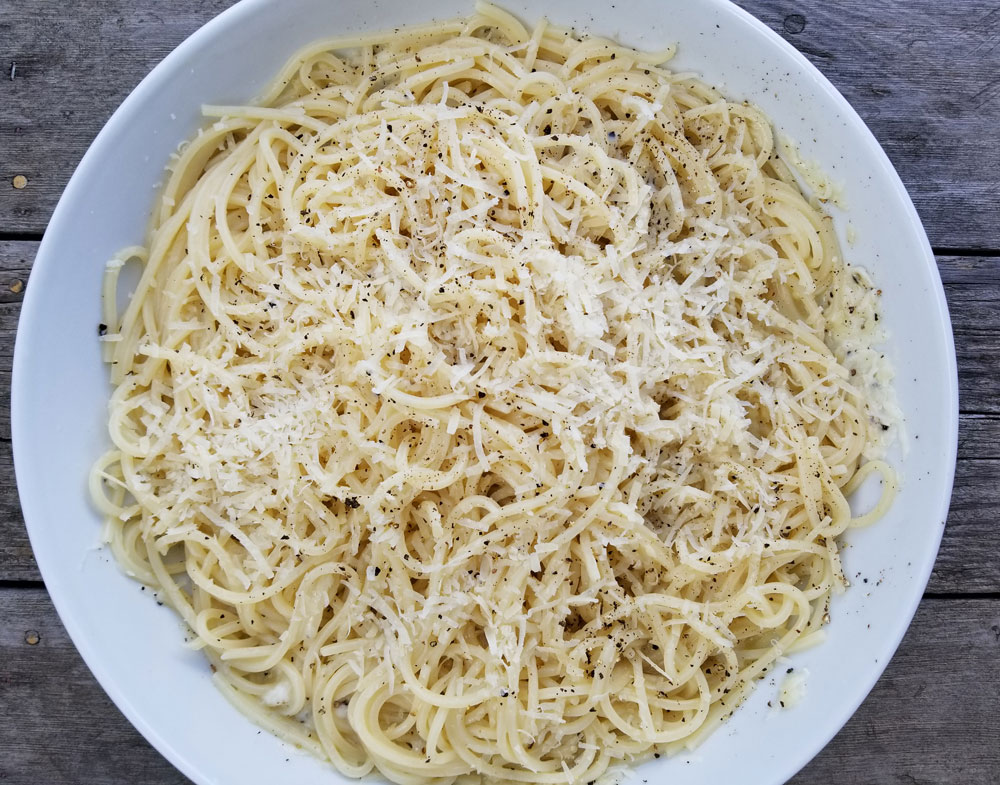 The key to making this pasta is the sauce. Reserve some of the pasta water. Let the olive oil and black pepper mixture cool down enough so that when you add the cheese, it doesn’t seize up but instead forms a creamy, peppery sauce. 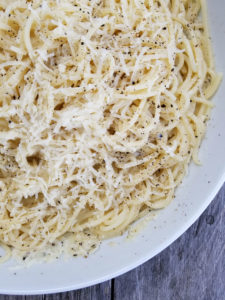 For this dish we are using Spaghetti alla Chitarra. As in our other recipes, any kind of spaghetti will do.

We are also using the Pecorino Romano with black peppercorns already in the cheese. If you are using this cheese for this recipe omit the adding peppercorns to the olive oil step. Carry on with instructions.

TIP: We also make this dish with butter in place of olive oil. 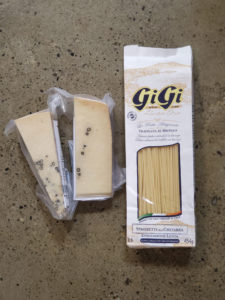 Here’s how we make it

Bring a large pot or saucepan filled with water to a boil over high heat. Add sea salt. Pour in spaghetti, stirring occasionally to prevent pasta from sticking.

In a skillet over low heat, warm the crushed peppercorn with the olive oil.

Turn off heat and add 1/2 cup of the pasta cooking water. Mix well. Set aside to cool a little.

Do not over cook the pasta, in fact slightly under cook. Put skillet back on low heat and add your cheese a little at a time mixing each addition until melted. Turn your heat up a little if required to help melt the cheese. Add a little more pasta water if needed, mixing in until you have a creamy sauce.

Using tongs transfer pasta from pot to skillet with pepper and cheese sauce. Turn and mix in pasta until most of the water is absorbed. Remove from heat, transfer to serving bowl or platter and serve with additional grated Pecorino Romano.

The end result should be a perfectly balanced creamy and cheesy peppercorn sauce.